The CLOUDLINE T4 has been ranked the best choice 4-inch inline duct fan on Amazon! In an article by Gear Hungry, they lay out the benefits of ventilating AV closets and transferring cooling in home applications using a duct fan. They scoured Amazon for the best, listing key features and highlighting what makes the CLOUDLINE T4 excellent. Here are their reasons for naming the T4 the best choice fan.

When comparing the T4 to the competitors, they found it to be the most energy-efficient using only 40% of energy. This speaks to its long-term value when coupled with its use of an electronically commutated (EC) motor that reinforces its efficiency. They placed a focus on its hydroponics application, lauding the T4’s smart programming that makes operating the duct fan swift and simple. One of their major highlights is the duct fan’s adaptability in size and silent operation to allow a good night’s sleep.

AC Infinity thanks you for choosing the CLOUDLINE Series of inline duct fans for your cooling and ventilation projects. Click the review below for more details: 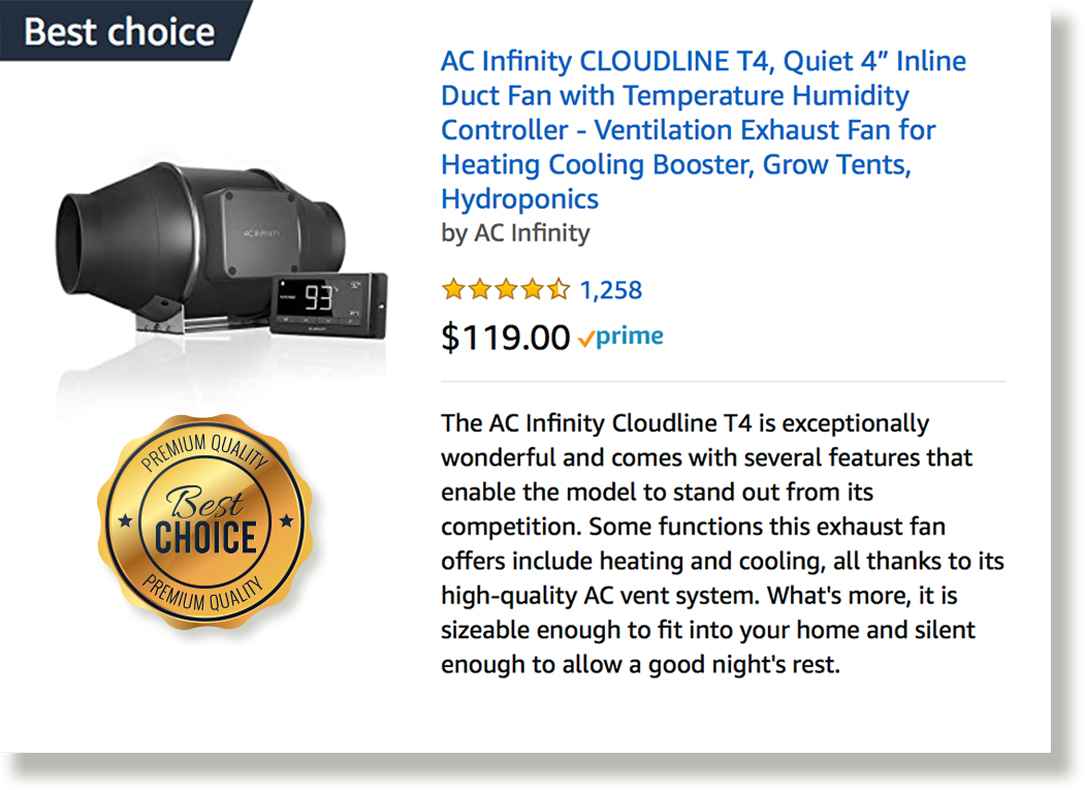