It’s no surprise to many gamers (including ourselves) that when we play hard, our consoles work hard. In spite of this, we don’t really consider how much of a load it really takes on. Our consoles generate heat as it operates because it uses energy to power its functions. This includes running our games, playing videos on streaming services, and even scrolling through menus! Heat wears down the components inside that make up our Xbox or Playstation, so it makes sense to reduce the heat output and cool our systems. But how does cooling extend their lifespans?

Like PCs, gaming consoles use an internal processor to power its operations and affects how it performs. If left unchecked, heat degrades the processor, leaving it susceptible to overheating and destroying your expensive gaming machine. Thus you’ll often see them affixed with a heatsink or in extreme cases, a liquid cooling system. To expel the heat from the casing and keep its environment cool, internal fans are equipped to blow hot air out. This mitigates the processor’s degrading and keeps your console running smoothly.

As your gaming console grows older, you may notice it doesn’t scroll through menus quite as fast as it used to. Games take longer to boot up and your overall experience dips. This could be a result of years of being subject to extreme heat over long gaming sessions. Keeping the components inside cool will help retain its pristine condition, allowing the system as a whole to run as well as it did out of the box.

Your gaming console’s OEM system fans function just well enough to expel hot air. But if you want optimal cooling to expand its lifetime, our Multifan series could just be what you’re looking for! Powered by a USB connection, these quiet fans come in a variety of sizes and feature a speed controller for your desired level of airflow. Mount these fans on more than just your Xbox or Playstation, including modems, routers, streaming boxes, and A/V cabinets. 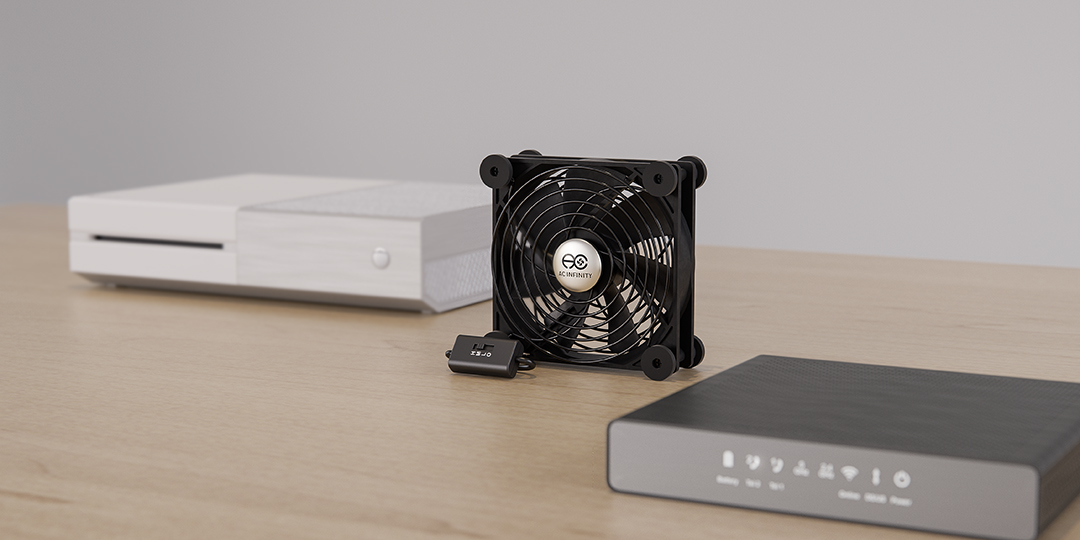